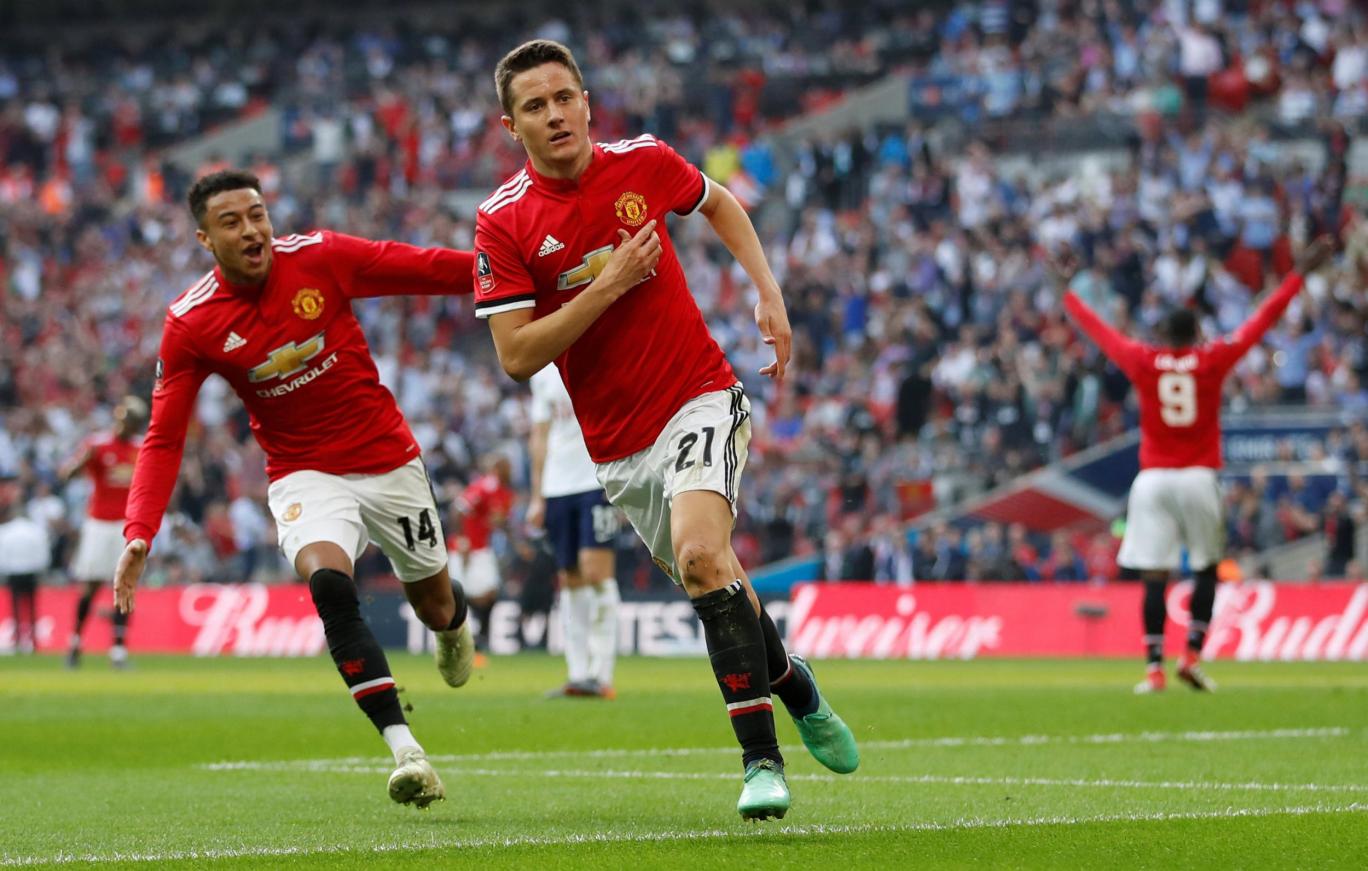 Seeing Jones and Smalling at the back had to give United supporters heart palpitations pregame.  This feeling was not quelled when Spurs scored nearly a carbon copy of their 11-second strike in the last league fixture, this time in the 11th minute.  However, the Red Devils got great performances all around in their semi-final triumph over Spurs.

DAVID DE GEA – 6.5
Conceded 1 early though not his fault, and didn’t have much to do the rest of the afternoon.  Distribution was on point as always, and his punt led to the winning goal

ANTONIO VALENCIA – 6
A threat going forward as usual, gave Tottenham’s back 4 something to deal with on the wings, opening up the middle.  Was lucky to avoid red on a bad challenge

PHIL JONES – 7.5
United managers keep trying to take his spot away, but he continues to find ways into the XI.  With the attackers, wing backs and defensive mids  firing forward, Jones and Smalling had to be on point and for the most part they were.  Jones was everywhere blocking shot attempts

CHRIS SMALLING – 8
Another man who seemed to be buried who continues to fight his way into the XI.  After arguably his worst moment as a United man the last time United faced Spurs, Smalling was brilliant today.  Did you hear anything from Harry Kane in this tie? I didn’t

ASHLEY YOUNG – 5.5
After Eriksen burned him early on, it appeared it was going to be a long day for the veteran, but as the game wore on, Young was a steadying factor

ANDER HERRERA – 8
A surprise inclusion in the XI, the former Man United Player of the Year turned in a player of the year type performance.  All over the pitch reclaiming balls, and scored the game winner by being in the right place at the right time

NEMANJA MATIC – 8
Cool as you like for the former Chelsea man.  With his defensive midfield partners wandering forward along with the wing backs, there was a lot of pressure on Matic to play truly box to box.  He did that all afternoon effectively

PAUL POGBA – 8
Made some poor decisions early, but as the game wore on, he dominated the midfield.  His strength led to United’s first-half equalizer when he muscled through a challenge, and played a perfect cross into the box.  This was the Pogba United fans have dreamed of

JESSE LINGARD – 5
The young attacking mid figured to score; it was after all, a cup tie at Wembley.  He worked himself into good positions, but his only real influence was walling off a defender allowing the ball to get to Herrera for the game-winner

ALEXIS SANCHEZ – 9
Brilliant.  Had his “United Moment” scoring the equalizer with a calm finish of Pogba’s cross, and was in the attack all afternoon; Man of the Match

ROMELU LUKAKU – 6
Should have done better with his chances, but held up the ball like you want from a striker.

Subs: Darmian for Valencia (80th minute) – no real influence, but nothing egregious either.

Rashford for Lingard (83d) and Fellaini for Sanchez (90+) – time wasting subs who did just that, run down the clock.

Man of the Match: Alexis Sanchez