Retrospectively, our failures in the years gone by has been down to the mediocrity of our squad. We often settle for players that aren’t as technically gifted as the mettle of a Premier League champion demands.
Despite having a relatively great season – second in the league, beaten all the top 6, and an FA Cup final – we’re still a notch below Manchester City. They are above us in terms of squad depth and no amounts of Arab money jokes can take that away. Their second team blew us away in the first half of the derby. But the manner in which we responded makes me believe that we’re on par when it comes to ability.
The season has been long and has had its flaws. These flaws are the dead wood still present in our squad. These players need to be replaced with new and fresher legs. Because as Einstein rightfully said, “Insanity, is doing the same thing over and over and expecting different results”. So instead of repeating the mistakes over to the next season, let us nip them at the bud. So in this blog, we shall be talking about the dead wood that need to be offloaded this summer.
1.) Marouane Fellaini

Fellaini isn’t the most popular player among the United faithful and I’ll never understand why. I have rated him because I know what he’s good at. He’s good at protecting the slim one goal leads in the final moments of the game. He is also great at being the target man while chasing a game. All in all, he is an asset in the air.
What us fans don’t like though, is a player holding the club to ransom. There were rumors about him not signing a new deal and wanting a pay rise etc etc. If these rumors are true, I want him out of the club as soon as possible. A club, especially one of Manchester United’s stature, is bigger than any player will ever be.
2.) Matteo Darmian 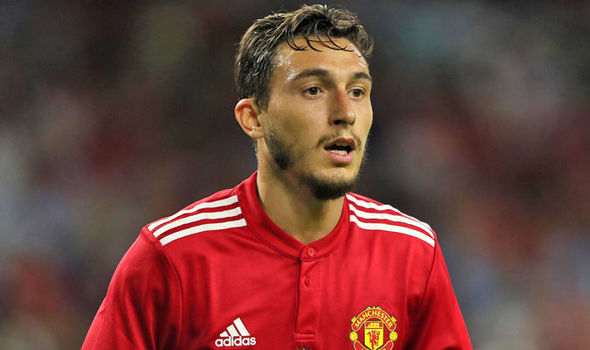 One key area that needs a lot of strengthening for next season is the fullback position. Darmian is currently second in the pecking order, behind Valencia. We need to buy new fullbacks, and when we do, Darmian will fall lower in the order. Before that happens, it will be wiser to sell him to a top club for a good price.

Juventus seem very interested in the Italian. We should cash in on this opportunity and get as much money from the deal as possible. We rarely sell for exorbitant prices but we need to start doing that. It leaves an impact in the market that Man United are no pushovers.
This was a tough one for me, between Blind and Darmian but since Darmian has more suitors, I have gone for him. Both are equally average but Blind is smarter and has more vision in terms of ball distribution. Anyway sooner or later, Darmian will leave the club and now seems to be the perfect time. Unfortunate it didn’t work out.
3.) Cameron Borthwick-Jackson

Another Louis Van Gaal graduate bites the dust. After an impressive few games, he was tipped to have a long future at the club. Jose Mourinho quashed those dreams and sent him on loan to Wolves. He recently was recalled from loan while Wolves cruised to the top of the Championship.
However, even at Wolverhampton, starts were scanty but he was always a part of the matchday squad. At United, CBJ barely even makes the bench. At his age, he needs to play as many games as possible and rise up the ranks. Sitting with the reserves for Manchester United at this age is a step down for his career.
He is a great crosser of the ball but struggles to find himself in as many positions to lay in a good cross but we already have a lot of dead weight in the left back department already. The sooner he finds a club that gives him regular starts, the better. Manchester United doesn’t seem to be that club.
4.) Andreas Pereira

One of the hottest talents from our academy, Andreas Pereira got the fans excited with his Brazilian touch on the ball. However, it was tough to find a picture of him in a Manchester United kit, for obvious reasons. He always seems to be on loan! First Malaga, and now to Valencia. Valencia are having a great season, no doubt, but Pereira isn’t going to get his chances if he’s not at the club.
This season, there were plenty of games in the EFL Cup and the later half of the Champions League group stages where he could have played. By staying at the club, he gets monitored by Jose Mourinho and his team on a regular basis. And when he gets the opportunity, which he will, he needs to grab them. There are two examples here.
First one, Marcus Rashford against Midtjylland. He was called up last minute after Martial’s injury and now the man’s out of sight. The next one is of Scott McTominay. He wasn’t given one do or die game to prove his worth. He took a little time but gelled in well with the team and now seems like an exciting player to watch out for next season.
I feel that this loan spell was a huge backward step for Andreas and at his, he’s still not good enough to be starting at Manchester United. What makes it worse is that the loan spell was his request.
Before we conclude the article, here are a few honorable mentions –
Joel Periera – Too good to be a third choice goalkeeper.
Luke Shaw – I still see potential in him, I don’t know why.
Anthony Martial –  If you want to go, just go. (Please don’t)
So this was my list of players that we need to offload this summer. The sooner we get them off of our payroll, the better. I don’t see them contributing to the first team in any way, whatsoever. If you do agree with this list, let us know and also tell us which players you would like to see off the roster. Onto the Arsenal game for now, GGMU!