Alexis Sanchez is reportedly the highest paid Premier League player with a reported sum of £500,000 per week in wages after making a transfer from big rivals Arsenal in a swap deal that saw Henrikh Mkhitaryan go the other way. Whilst the Armenian has been praised for his performances for the Gunners with two goals and five assists so far in his first three months in London, Sanchez’s performances, despite yielding the same results (2 G 5 A), have come under scrutiny since his arrival and it is doubtful whether these critics will ever stop throughout his United career however long that may be.

The number 7 shirt has been a dauting icon to take with big stars such as Bryan Robson, Eric Cantona, David Beckham and Cristiano Ronaldo to name some, succeeding highly with the shirt and Michael Owen, Angel Di Maria and most recently Memphis Depay all struggling to make an impact and failing to hold a first team place during their time, however short, at United. Even Antonio Valencia, who was given the shirt for one season, reverted to his more suited no. 25 and has never looked back. Is this a reason to why the critics judge Alexis to be having a poor season so far? Because he has not had the impact of a player deserving the no.7 shirt?
Whilst he has been criticised for his performances in games such as the Sevilla game, Newcastle and Spurs, he is the highest rated Manchester United player on Whoscored.com for his performances for the Red Devils so far with a rating of 7.71 for his first eight games in the Manchester red. And this is an analysis of his impact to the squad through his attacking ability.
GOALS: 2 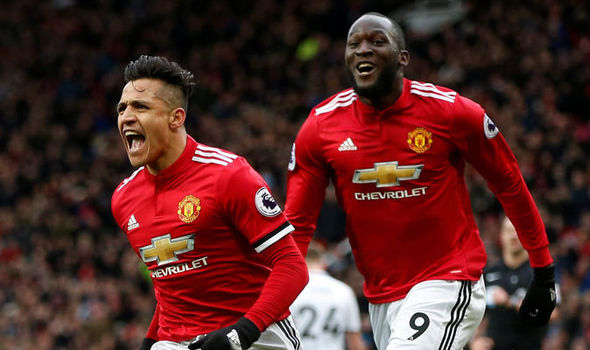 Whilst for Arsenal, Sanchez was a fantastically prolific goalscorer with 80 goals for the North London side, he has struggled to get on the scoresheet for United and of which is the main source of criticism that he faces. He has two goals for United, coming against Huddersfield and Swansea City. However, both of which were ‘safety goals’ that sured up the games and doubled the leads of both matches in which the deadlock was broken both times by top goalscorer Romelu Lukaku. Unfortunately he has also missed some key chances which would have affected the games substantially such as the Tottenham and Newcastle matches and in the latter, the Chilean missed an open goal which would have broken the deadlock and affected both teams’ mentalities towards the match. This is a key factor of his game which he needs to improve on as he ought to spend much more time harassing the oppositions’ defences rather than searching deep for the ball and preventing the likes of Pogba, Lingard or Mata from having any time or impact on the ball.
ASSISTS: 5
His assists however have been far more important. His first two coming on his debut against Yeovil in which he set up both Marcus Rashford and Ander Herrera to make the scoreline 2-0 and beyond Yeovil Town. His next came again in the FA Cup as he teed up Romelu Lukaku to secure the tie against Huddersfield after a disastrous defeat to Spurs at Wembley. In his next two league games, he created chances to score with Lukaku on the end of both goals he contributed towards with his sharp pass finding Martial to set Lukaku up for the equaliser against Chelsea and his deflected shot hitting the woodwork before calmly finished by the Belgian striker for another equaliser against Palace and in which United would continue to victory in both matches. After the international break he set up his team thrice in two games after Lukaku opened the scoring at Old Trafford against Swansea after Sanchez’s pass and two in the Manchester derby to set up Pogba and Smalling for the equaliser and the winning goal respectively. In the derby, the Chilean also was key to the first goal when he crossed the ball to Herrera, who’s intelligent chested pass found Pogba in the six yard box. Whilst his goal threat is rather low, he continuously creates chances and has admittedly been rather selfless at times when really he could have a pop at goal.
So, has he been a success or a failure?
Overall Alexis has had a slow trickle impact as he has gradually adjusted to his position in the United side and of late has shone for the Red Devils with impactful games against Swansea and Man City. He has stopped dropping so deep to get the ball and playing more like the man who moved from Barcelona to Arsenal three and a half years ago. However he does need to score far more goals and take on players with dynamism and aggression. He ought to be a star for United for his remaining time at the club and will earn his name on the famous no.7 shirt.