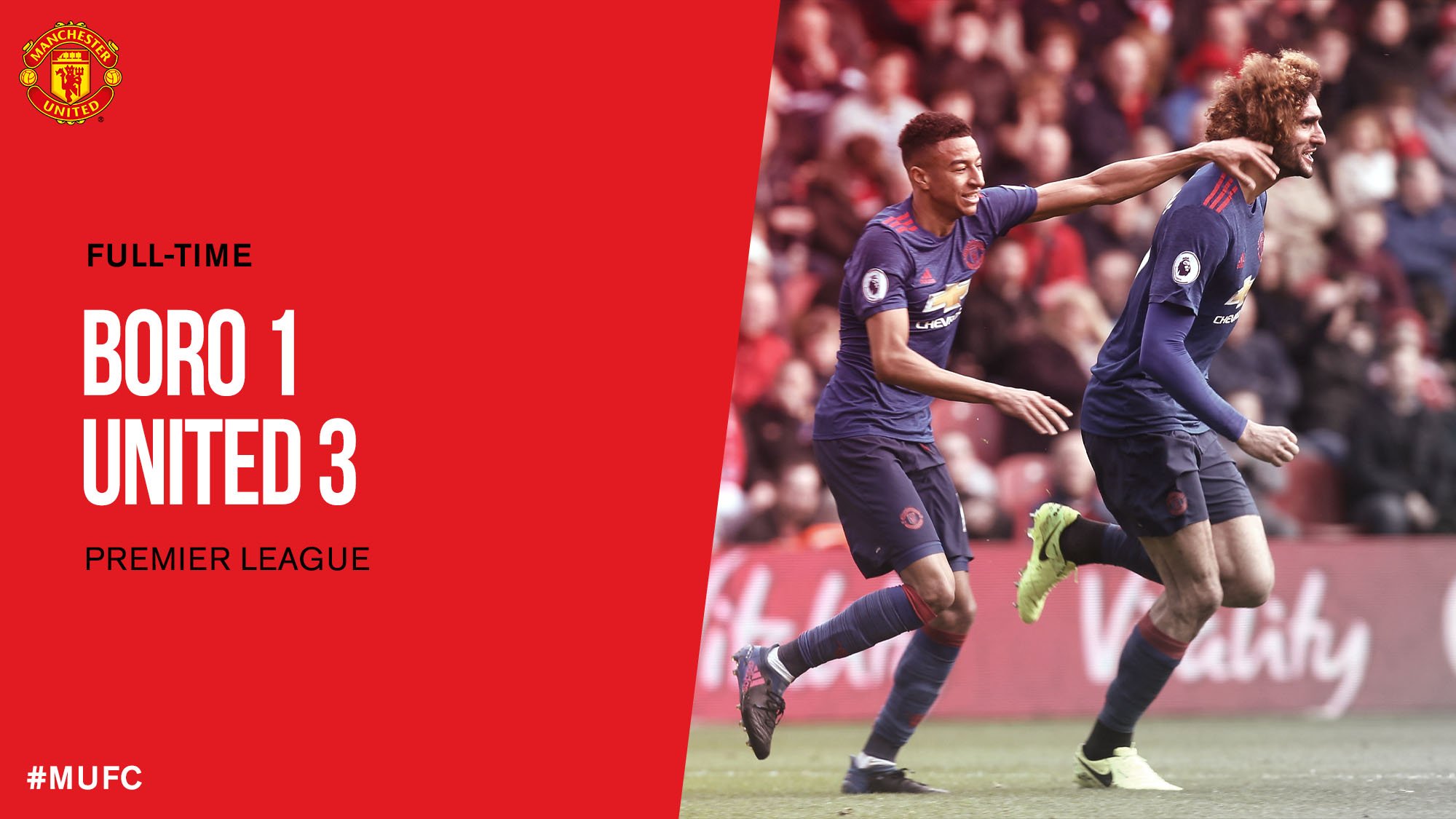 We’ve finally done it! We are out of 6th place! I still can’t believe it! Our weakened team managed to pull together and give it their all against a Middlesbrough team that played well.
From the beginning we could tell that this game was not going to be easy. Middlesbrough played well throughout the game and had total control of possession. Our only option was counter attack. Luckily we had the right man on the pitch to play this style of football, Marcus Rashford was running rings around the Boro defence with his lightning pace and instinctive movement. With several chances coming his way, somehow Rashford was unable to convert them into goals. A player who was so clinical for us last season was unable to find the finish today.
The scoring was opened in the 30th minute when Maouane Fellaini headed in a beautiful cross from Ashley Young. Although we didn’t have much of the possession in the first half, we were still doing well to get in behind the Boro defence and creating chances. A little more clinical finishing and we could’ve gone in at half time with a 3-0 lead, but the one goal was all we had in the first half.
Our second goal was one to remember. On the counter attack, Jesse Lingard ran forward, pinning the Middlesbrough defence back and thumped an unstoppable effort into the top right hand corner of the goal from outside the box. An absolute screamer by Lingard doubled our lead and put us in a strong position for the remaining 30 minutes.
With Middlesbrough on the front foot for the remainder of the game, Manchester United were left playing 6 at the back trying to sit back and soak up the pressure and see out the remainder of the game. With crosses being whipped in one after the other, it was only a matter of time until we made a mistake at the back. A mis-hit from Smalling allowed Gestede to poke the ball past De Gea from in the 6 yard box.
Finally, Valencia wrapped up the game with United’s third goal after chasing down a back pass to Valdes, who slipped, leaving Valencia to walk the ball into the goal. After a good performance by Valdes today against his old club, this was not what he deserved.
The stand out player today was Jesse Lingard who managed to find pockets of space everywhere on the pitch. He was also the player to ignite every Manchester United counter attack and his well deserved goal was representative of his performance today! His magical performance today should justify to all of his critics why he is in the England squad for the upcoming internationals.
Today’s win is a historic moment for Manchester United as they become the first team to record 600 Premier League wins, 83 more victories than the league’s next most-successful side.
After a series of tightly packed fixtures, we go into the International break with a chance to refresh ourselves and come back ready for April, which is set to be another tough month with fixtures very close to each other. Lets end the season on a high!