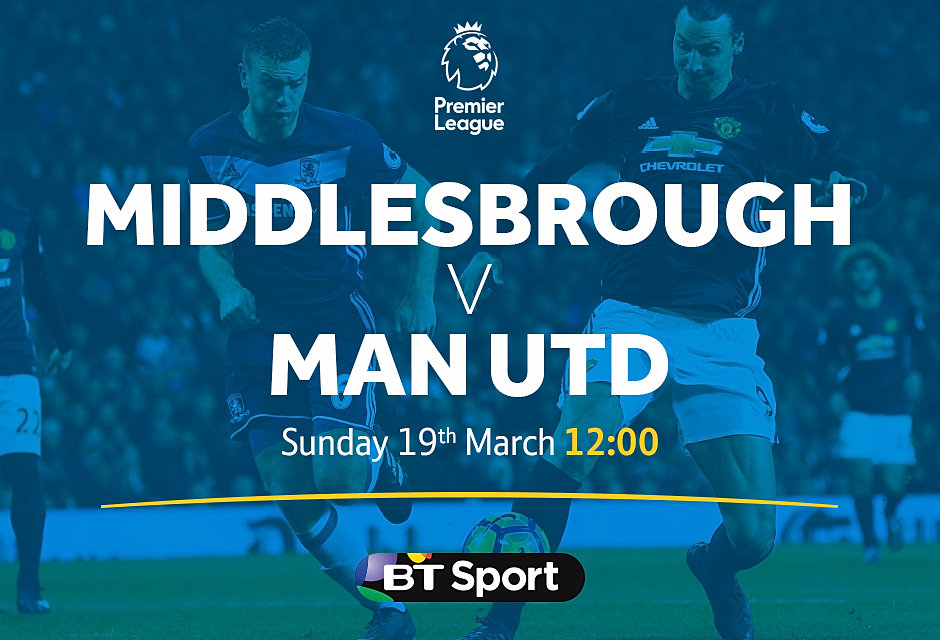 Following Manchester United’s 1-0 win on Thursday against FC Rostov at Old Trafford, Middlesbrough are the next team on United’s condensed fixture list.
An unconvincing performance saw us get through to the Europa League quarter finals by the skin of our teeth. After Monday’s draw, it has been confirmed that we will face the Belgian champions Anderlecht in the knockout stage, with the first leg in Belgium.
Although winning the Europa League would be enough to see us play Champions League football next season, we saw from Liverpool’s mistakes last season that it is easier said than done. We cannot afford to let our league results slip. Jose Mourinho has already said that he expects us to lose on Sunday, but hopefully the players can pull through and prove the manager wrong.
As if the game wasn’t tough enough with only a few days to prepare, things are made ten times worse by our limitations in terms of our squad. Ibrahimovic and Ander Herrera are both serving domestic bans for the game and Pogba is going to miss the game due to a hamstring injury sustained in the midweek Europa League fixture. This means that our three arguably most influential players this season are all unavailable. In addition, Anthony Martial, Daley Blind and Wayne Rooney are still doubts for the game due to injuries.
For Middlesbrough the game hasn’t come at the best time either, Their manager Aitor Karanka departed the club earlier in the week, leaving interim head coach Steve Agnew in charge. Middlesbrough are currently on a run of 10 Premier League games without a win, a run which has seen then drop into the relegation zone.
Although this is United’s third game of the week, anything apart from a win will be unacceptable. The race for the top 4 is close enough as it is, so with Manchester City and Liverpool facing each other this weekend, we could climb the table – yes, we might finally get out of sixth place!
With this being our last game of the month due to the upcoming international break, hopefully we can end March with a win and go into the break on a positive note.