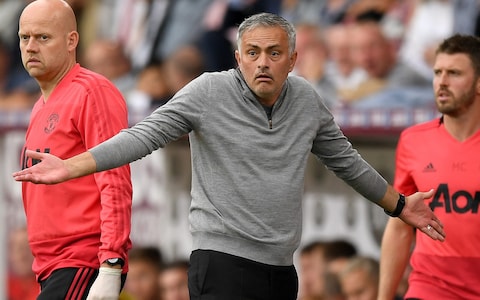 Jose Mourinho’s sacking came as a shock to most Manchester United fans as although many wanted it to happen, not many thought it was a realistic possibility at this time. This is because everybody thought that the Glazers would not be willing to spend £24million to dispense of Mourinho mid-season, when they could save a lot of money if they waited until summer. Nonetheless, they put their hands in their pockets and finally put the needs of the club first!

Here, a few of our writers will discuss their thoughts on the sacking of Mourinho:

The problems at the club are extremely deep-rooted. While the manager was only part of the problem, it is a small step, albeit in the right direction. Mourinho had lost the dressing room and the confidence of the board which is always a deal breaker for any manager. Jose fought himself into a corner with his constant berating of the board or players, a lot of which I agree with, but still unnecessary at most times.

Now we need to develop an air-tight and flawless structure by appointing a Director Of Football who can handle the football part of things before hiring a permanent manager.

Ok I have previously mentioned I have always favoured a Manchester United managerial candidate who possesses the credentials and superiority required for such an enormous job. I always said that Jose would be my preferred choice after SAF. I never envisaged his somewhat perceived managerial decline.

However, endings always bring sadness. As much as I loved Jose, his football style was always square pegs in round holes. Not really conducive to our traditions. The best time for Jose would have been after SAF ‘s reign. He was brought in for a quick fix, an intervention that would send out a message to our noisy neighbours. We lost Vidic, Rio, Evra, Scholes, Fletcher, Giggs, Carrick, Rooney, RVP and Welbs. They are HUGE losses. Jose needed more time in all seriousness but too many fans were verbalising their distain. There was also too much stuff getting leaked which created a circus show. It’s a shame but the club comes first.

Also, as much as I love Jose, there may be an ego issue. He has often made reference to his past successes. SAF said many times that he never looks back because there’s a danger with that. You become complacent. Plus I hate to admit it, but Jose has lost touch with the game a bit.

I’m actually not happy Mourinho is gone. I think it’s window dressing for a dead man (United). I refuse to believe Mourinho, Moyes and van Gaal all “forgot how to manage”.

This was the job Mourinho always wanted. He’s sitting in 6th place, playing for draws losing to rivals. Do you think he imagined this? He walks away coaching not to lose in a season where he has no shot at the top 4?

The board has backed Mourinho in the sense that he’s been allowed to add pieces but they want to give him just enough to be competitive. United should be targeting City. I knew we were headed for this when Ferguson left…he knew when to get out (when Gil left that was a huge clue too), the target became making money.

We finished second last season to a great City team…we needed stars to close that gap not add more projects —-we have enough of those.

When Ronaldo became available he should have been a United target — period! Instead we go for an injured wing back. I think Mourinho gave up when his goals didn’t align with the club.

I was a huge admirer of Mourinho in the first two seasons he was at the club. He had the passion we as United fans wanted to see in a manager, and he was getting us decent results. Last season he done brilliantly to get 2nd in the league but it was clear that City were running away with it, and would continue to do so for the coming years unless we done something. This is when he needed the backing of the board to bring in some big signings. Unfortunately, they failed to perform when all the other top clubs did.
In all honesty, the moment I realised that Mourinho wasn’t the right fit for the club was the Sevilla game last season, where we were knocked out of the UCL. It was a catastrophe and his press conference was the final straw. He showed how self-obsessed he was, and he has continued that this season.
It’s a shame it did not work out for him because when he arrived, I genuinely thought he was the man that would take us back to the top. However, it is clear that he lost the respect of the dressing room, and once that happens, there is no going back. The players stopped playing for the manager and it was clear that we were going to continue sliding down the table if he stayed on in charge. Therefore, I think it was right for the club to sack Mourinho.

As you can see from our writers’ opinions, there are mixed feelings amongst us as to what the real issue is at the club. To make things even more confusing, the above poll posted by Jayson (before the sacking) suggests that many fans saw the Glazers as more of an issue for not backing the manager in the transfer market. It is also clear that whilst we as fans see Manchester United as the football club we love, the Glazers see it as a business and will only aim to make it as profitable as possible for themselves.
I think one thing can be agreed on, it does not matter who we appoint next, if that manager does not get the financial backing he needs, things will not improve enough. There is still a massive re-building job to do at United if we want to win our 21st League title. Also, too much expectation should not be placed on Ole Gunnar Solskjaer, he can’t be expected to fix things overnight.