Summer transfers are always controversial and full of suspense. The whole footballing world have their eyes set on only a few things: which team will spend the most, which superstar agrees to a mega-money move and who splashes the cash on the ‘next big thing’ (or to be precise, every wonder-kid attacker touted the next Messi or Ronaldo). It is shocking to say that our beautiful game has become the race against business big-wigs on who will outbid and out-pay each other in a race to get their man. The best example being last season, when many cash rich clubs showed their financial might by nearly revamping their squad or adding few marquee names to an already star-studded squad.

Last season, the biggest spenders were PSG, who broke the transfer record twice in a matter of weeks by signing Neymar and Mbappe for a combined total of approximately 400 million. They were clear favourites to lift the Champions League trophy but crashed out in the last 16. Secondly, came Barcelona, who spent approximately 350 million on 19-year-old Ousmane Dembele, who was out of action for nearly 5 months, failing to make an impact, and signing long-term target, Philippe Coutinho, they are on top of the La Liga and in the quarter-finals of the Champions League. AC Milan spent money on a total revamp of the squad, after new ownership. The club are back on the hunt for top 4 after the appointment of Gennaro Gattuso. Everton also spent big in the transfer market, but it didn’t have any influence as the team couldn’t even make it to the Europa League knock-outs and are 9th in the Premier League. Lastly on our list of big spenders come Manchester City. Although few may argue with this point, a revamp in defense by buying three new full-backs, one center-back, a new goalkeeper and a midfielder has definitely got them to clinch the league title, win the League Cup and reach the quarter-finals of the Champions League, but it also made them the highest spenders in the league this season. But, all these teams had one thing in common, they didn’t let anything get in the way of getting the players they wanted.
After Sir Alex retired, United became weak in the transfer market. In spite of being financially strong, United lost a great leader in the footballing world. Players wouldn’t drop an opportunity to play under a legend who could change their careers. But, things changed after David Moyes arrived. He promised the likes of Cristiano Ronaldo, Toni Kroos, Gareth Bale, Cesc Fabregas, Sami Khedira and probably the whole Real Madrid squad. Not only did these deals fail, but he also failed to secure a signature for even Leighton Baines! Expectation turned into reality when he went from Toni Kroos to a last-ditch attempt on Marouane Fellaini on deadline day, that too after hard negotiations but he got his man for 27.5 million. Describing him as a ‘world-class’ player, well, we all know how that turned out. His only good signing came in the form of Juan Mata on January deadline day. United’s negotiating power was on its all time low.

United’s transfer business became some what better as the club got their desired players. In his first season, Van Gaal  bought Luke Shaw, Ander Herrera, Marcos Rojo, Daley Blind, followed by a marquee number 7, Angel Di Maria, and loaned in Falcao. But those two failed to make an impact and the likes of Shaw and Blind are on the fringes of the squad under Mourinho. He also had failed attempts to sign Neymar and numerous Madrid players. In his next season he bought Morgan Schneiderlin, Bastian Schweinstieger, Memphis Depay and Matteo Darmian whom eventually got sold or are failing to make an impact this season. His only great signing came as a fruitful panic buy on deadline day in the form of Anthony Martial. The club also failed to sign Pedro for a matter of a millions. United didn’t want to pay an extra million pound to Barcelona. They were nearly on the cusp of signing him when Chelsea snatched the deal right under their noses within a matter of hours. The United board also neglected the chance of signing Renato Sanches because the club representatives were reportedly on ‘holiday’ and didn’t even try. He eventually joined Bayern Munich. The board also neglected the opportunity to sign a 17-year-old Ousmane Dembele, who were just beaten by Dortmund for his signature, once again accepting defeat in the transfer market in spite of financial strength. The club also neglected the advice of Ryan Giggs, who personally scouted the likes of Gabriel Jesus and Mbappe when they were young. They both were available for a reported value of 5 million. The same decision came back to bite United when both the players reached the top of the world, winning the Golden Boy award and what not with PSG and Manchester City.
The 2016/17 season showed more heart from the board and delivered Jose Mourinho with his desired targets of Eric Bailly, Henrikh Mkhitarayan, Paul Pogba and Zlatan Ibrahimovic. All the signings happened with ease as there were hardly any competition from other clubs. The price for the players were very reasonable and were good deals done by Ed Woodward, all before the pre-season started. It looked as if the board were finally ready to support the managers decisions and not give up on deals without a fight. That season turned out to be a success due to our Europa League victory. But this current season, transfer activity has once again gone back to square one. Even though signing Lukaku, Lindelof and Matic, the board weren’t able to provide the 4th signing required by the manager. They were given the targets well in advance and had the funds but took an extra cautious approach in the transfer market and looked for cheaper price alternatives and were reluctant to spend the money in this inflated market. Top players were signed right under their noses and the board didn’t even make an effort to sign them. It would be obvious that if United would have got Alexis Sanchez or a player of his caliber in the summer, the club would have been in a better position than the current situation.
While United were dormant in the chase for the 4thsigning in the summer, rivals and other European giants were busy adding marquee signings to their squads. It is no doubt that United will need to flex their financial muscles a little more in order to cope in this modern footballing era dominated by money. This season, United failed once again to sign Gareth Bale due to the risk of losing De Gea and the high asking price quoted by Madrid, for a player aged 29 and highly injury prone. Many fans till this moment disregard a move for him given his injury record and say that he would be a waste of wages. A forward like Bale would be a problem for any defender given his abilities and any defender would risk a card in exchange for a crunching tackle on a fragile Bale. Just imagine Bale, running from the right-wing and coming into contact with a harsh challenge from a flat-track-bully. 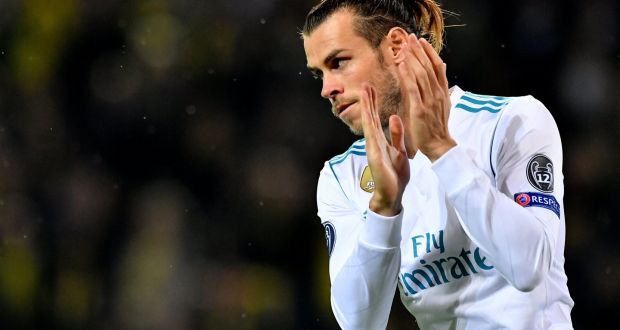 Mourinho has stated that United will sign at least 4 players next summer with midfield being a priority. United lack dept in midfield. With Carrick retiring and Fellaini and Herrera’s future looking uncertain, Jose will be looking to add quality in midfield around Pogba. They have reportedly shortlisted Milinkovic Savic valued at 85 million, Marco Asensio, who has a 200 million release clause, Jorginho and many others. Jose is also looking to revamp his defence with moves for Samuel Umtiti, Raphael Vararne and Alex Sandro. Topping all rumours, (as usually reported) United will also look to sign Ronaldo or Neymar.
It is clear that if United want to sign even two of the above players, they will have to change their transfer strategy. Being conservative and slow will not get you any player in this inflated market. You have no option but to start an aggressive approach in the coming market. Given United’s difficulties in the market, it is looking pretty difficult to even think about getting any player. These players are on the top of the wish list of every major club, and being assertive and easy going won’t get you anywhere, instead players will be bought right under our noses and the board will not be able to do anything about it as they give up so easily, despite having the required finances. The board need to now start taking an aggressive approach, in the sense of do or die but get your man at the right price. The board back out of deals only because of the high value of the players. It is somewhat justified on United’s part, but given the inflated market where players are bought for ridiculous prices, United will have to deal with it as we can’t do anything about it. Get the player at the right price.
I’m not saying that United shouldn’t negotiate and lower the price. You get the player at a cheaper rate, fantastic, but if you don’t, you have no option but to give the asking price if you want the player. The modern footballing world is very ruthless, no one is going to play fair or just, football has become a business and everyone wants profits. Today, price of players is increasing even quicker than the price of crude oil and we cannot do anything about it. In today’s market 89 million for Pogba is considered nothing but a bargain. 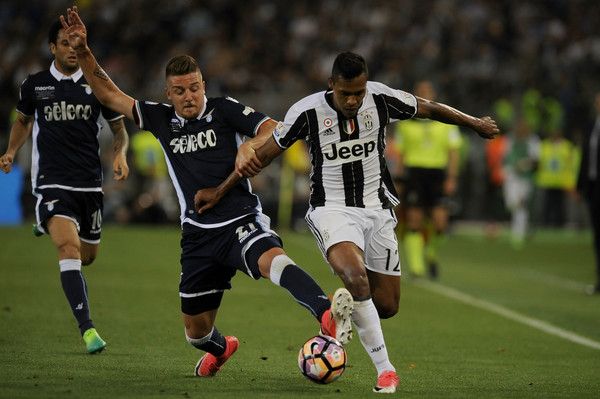 With the World Cup coming up in the summer, right when the transfer window opens, it will be very difficult to complete the deals quickly as it is important for players to concentrate on the national team in the biggest event in competitive sport and football. Therefore, there is no margin for error so your head cannot be on a transfer or elsewhere. All clubs will be looking to complete deals as soon as possible due to this reason. This will make things even more difficult for United as competition will loom around.

To conclude, United will have to change their approach in the transfer market and become aggressive rather than being cautious, and will have to spend big, spend fast and try to complete deals before the World Cup starts. If United want to be back on the summit of European football they will have start spending. What’s the point in being the richest club and not backing the manager with more transfer funds and getting deals done? After all, it is for the immediate success of the club. In business terms, you won’t get a return on investment or make profit if you don’t invest enough.