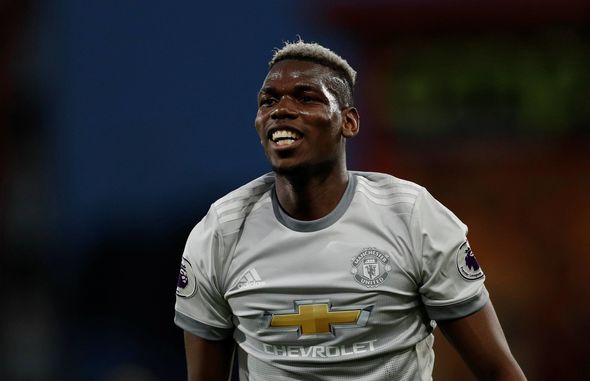 A solid display. Manchester United beat Bournemouth 2-0 at The Vitality Stadium in a relatively comfortable victory. Chris Smalling, making his one hundred and fiftieth appearance for Manchester United, opened the scoring in the twenty-eighth minute with a tap in. Jesse Lingard providing the assist for Smalling, after Ander Herrera had picked Lingard out with a superb through ball.

Romelu Lukaku came on in the sixty-third minute for Jesse Lingard. And made his mark seven minutes later. Scoring with a through ball assist by Paul Pogba,  and Lukaku lifting over Begovic to make it 2-0, clinching the game in the process.

David De Gea – 8/10
A solid performance by the Spaniard. Earning his seventeenth Premier League clean sheet this season. Twenty-one shut-outs in all competitions.

Matteo Darmian -6/10
A tough game for the Italian. Looked rusty at times. Making his first start since October. Didn’t provide many crosses, and was often out of position.

Phil Jones -8/10
Despite two months away, he produced a brilliant defensive display throughout. Making last-ditch blocks. Was on top of his game.

Chris Smalling – 8/10
Opened the scoring in the twenty- eighth minute. There were times he drifted out of position, and leaving Jordan Ibe and Josh King with a dangerous amount of space.

Luke Shaw – 7/10
A very positive performance from him. Kept his position well, and dealt with Bournemouth ‘s attacking threats well. My only criticism is that he didn’t get forward enough.

Ander Herrera – 8/10
Picked Jesse Linard out with a brilliant through ball, to allow him to pick out Chris Smalling for a tap in to open the scoring. Worked tirelessly in the base of midfield, winning balls, and moving play forward.

Marouane Fellaini – 7/10
Played well for the most part. Worked well with the atacking players in front of him. Picking them out, and trying to make things happen. Just like with Shaw, he could have gone further forward more. But other than that, he did well.

Paul Pogba – 8/10
He was the most fluid player in the pitch. Driving forward with precision passing. Provided a great assist for Romelu Lukaku for the second goal.

Jesse Lingard – 6/10
Provided the assist for Chris Smalling, for the first goal. Wasn’t much of a threat in the final third. Played the wrong pass many times, leading to Bournemouth interceptions. Substituted in the sixty-third minute for Romelu Lukaku.

Anthony Martial – 7.5/10
Linked up well with Paul Pogba in attack. Had a few rusty touches. But that was to be expected, due to his lack of game time. Showed his quality with many dangerous run down the left hand side. Helped Pogba break away with a good pass. Allowing Pogba to power forward, and assist Lukaku for the second goal.

Marcus Rashford – 7.5/10
Saw a lot of the ball, and caused the Bournemouth defence a lot of problems. They struggled to handle his pace at times. Forced Asmir Begovic to make a save after stealing the ball off Nathan Ake.

Substitutes
Romelu Lukaku – 8/10
Came on in the sixty-third minute for Jesse Lingard to score his twenty-seventh goal of the season. Lifting the ball over Asmir Begovic, after Paul Pogba supplied him with an excellent pass in the seventeenth minute.

Nemanja Matic – 7/10
Replaced Ander Herrera in the seventh-second minute. Was solid as usual. Saw out the game.

Daley Blind – 6.5/10
Came on in the eightieth minute for Paul Pogba. Made his first appearance in over three months, and just his sixth Premier League appearance of the season. Failed to connect with the ball at one point, missing it completely. Apart from that, he played well for the short time he was on the pitch.