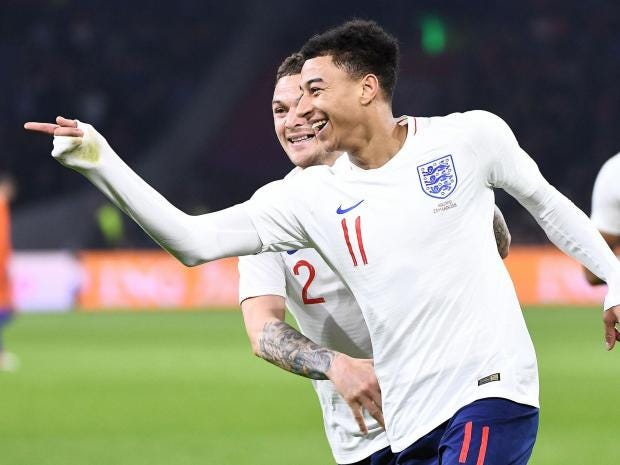 Well, well, well. This was an interesting game for the Three Lions. Jesse Lingard’s strike just before the hour mark became the winning goal in Amsterdam as England sealed its first victory against the Netherlands since the 1996 Euros and the first away win against the Dutch since 1969. 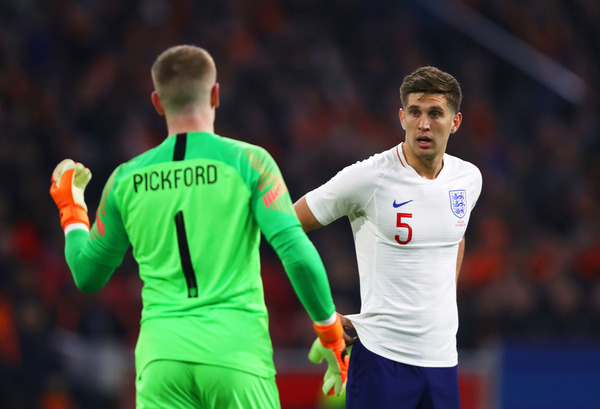 Gareth Southgate lined England up in a 3-5-2 formation with Jordan Pickford returning to the England lineup facing competition from Hart, Butland and uncapped Nick Pope. Making the back three was (from right to left) Kyle Walker, John Stones and Joe Gomez with the Liverpool defender barely lasting ten minutes as he was substituted for Harry Maguire after suffering a painful injury. Spurs defenders Kieran Trippier and Danny Rose played in the wing-back roles they are accustomed to in the North London and England squads alike. Jordan Henderson captained the team and was in a midfield three alongside fellow Liverpool player, Alex Oxlade-Chamberlain and Manchester United star Jesse Lingard. The line was led by players for both Manchester sides in Raheem Sterling and Marcus Rashford. The average age of the team was 24 years old and with big absentees to the starting XI such as Eric Dier, Dele Alli, Harry Kane and Adam Lallana, this was a chance for every player to show up for England and prove to Gareth Southgate that they should be a part of the World Cup squad. 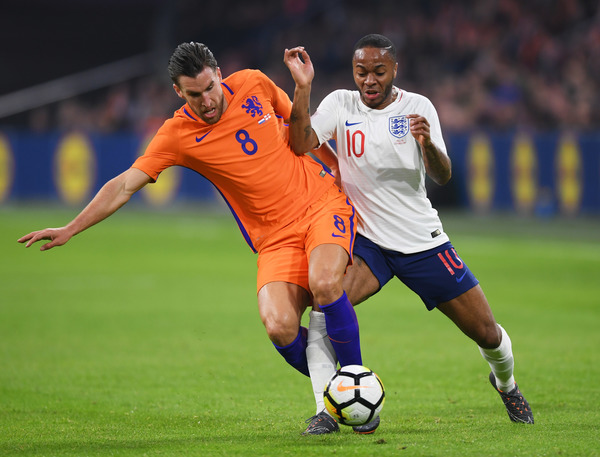 England played good football from the off and created many flowing moves forward with Sterling, Rashford and Lingard all looking dangerous outlets and Henderson orchestrating the plays forward in a Gerrard-esque manner. However the Dutch defence held and nothing came from the good play. The Dutch had a few half-chances in the first half but they all came to nothing, whether from the safe hands of the Everton keeper or the superb defending from England. The play from England was fast pace and precise for the most part but the final play was always just off and not precise enough to take the lead.
England continued to play the same way and pressed the Dutch defence who, unlike the England side did not offer much in the way of starting attacking plays. After roughly five minutes into the second half, Marcus Rashford was tripped by De Ligt in the penalty box and ought to have won a penalty but the referee wrongly denied the striker. Nevertheless, England kept pressing forward and creating chances and finally a cross from Danny Rose was blocked by the men in Orange and deflected to the edge of the box which was teed up nicely for Jesse Lingard to strike past PSV keeper Zoet and score his first goal for England.

Five minutes after, England and the Netherlands rung the changes and Vardy, Welbeck and Alli came on for Rashford, Sterling and Lingard who all played very well. From that point England defended deep and so they could not break out with any impact after the Netherlands lost the ball with Vardy barely touching the ball for the rest of the game and Welbeck and Alli having minimal impacts to the game. Young came on for Danny Rose who looked like a player who had not played a lot of football and played in a more favourable wing-back position to that he plays at United. The Dutch still had a few chances in the second half and their attacking play was dictated mostly by former United and PSV winger Memphis Depay who starred for the Netherlands and looked the most dangerous player for the Oranje. However, despite England’s chances, the game ended 0-1 and the squad, Gareth Southgate and the England fans should all be positive in the way England played and hope to continue their form in wake of their second friendly against Italy next Tuesday. 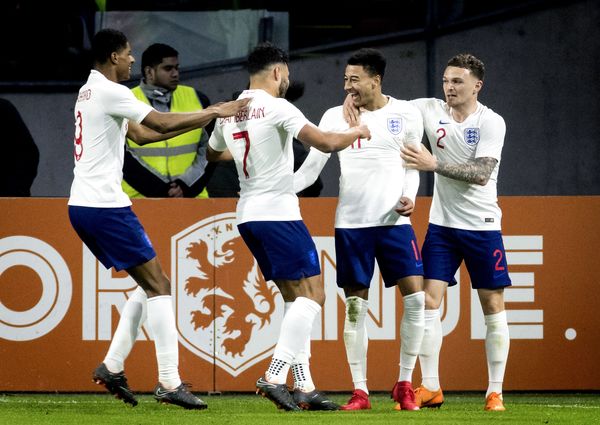 PLAYER RATINGS
JORDAN PICKFORD 8/10
He played a big role in the goal for England and was solid all game. Will be pleased with his performance and will be looking to start for England in the World Cup.
KIERAN TRIPPIER 7/10
Didn’t put a foot wrong all game and was a good offensive outlet on the wing. Deserved the start as he has been playing well for Tottenham but will probably be second best to Kyle Walker who also played very well. 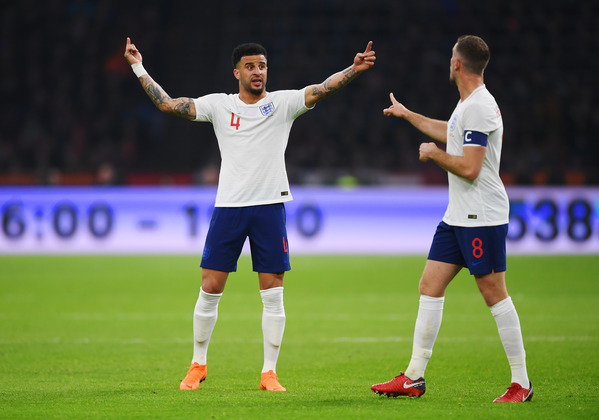 KYLE WALKER 8/10
Very impressive as a RCB today, he tried to play forward at every opportunity and deserves his place in this team. Showed the versatility, attacking ability and distribution that makes him the best right back in the League at this point.
JOHN STONES 9/10
Looked the best of a good bunch at the heart of the England defence. A very impressive performance from the former Everton man and from a man who has barely played for the League leaders after returning from injury. He showed his strength, pace and intelligence today and deserves his place in the World Cup starting XI.
JOE GOMEZ N/A
You have to feel sorry for Gomez, he did well in the opening minutes but fell awkwardly and had to be substituted. Hopefully he will make a swift recovery as he also should be on the plane to Russia.
DANNY ROSE 6/10
Was a bit rusty today. His passing was all over the place and could not cross a ball to match the run of the forward all game. He offered width well and did create the chance for the opening and winning goal but will need more first team minutes in build up for the World Cup. 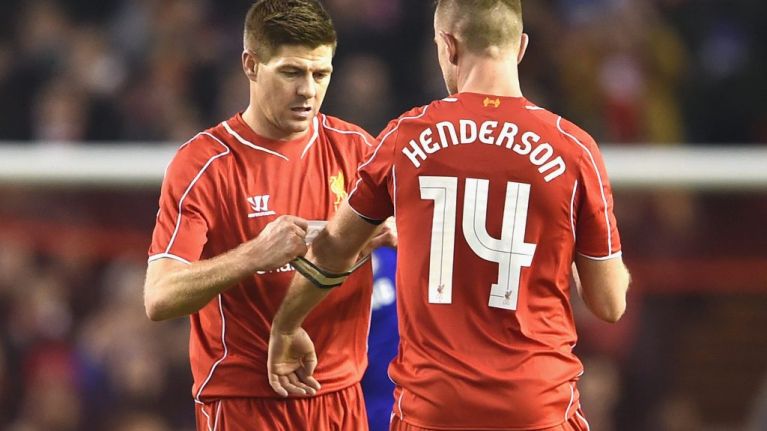 JORDAN HENDERSON 8.5/10
He has had his critics for the past few years after taking the mantle of Liverpool skipper from legend, Steven Gerrard but today played exceptionally with his distribution from the deep midfieled, allowing the likes of Oxlade-Chamberlain and Lingard to advance further forward, an unselfish and diligent leader.
ALEX OXLADE-CHAMBERLAIN 7/10
Played well and aggressively as a part of a three-man midfield. His passing however was off and on, sometimes trying precise passes forward and other times playing it safe and passing backwards when a better pass could have been made. Overall he played very well and looks like he is enjoying his part in this England side. 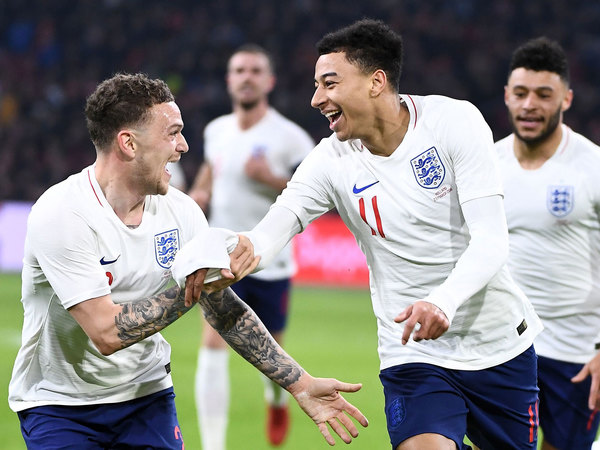 JESSE LINGARD 8.5/10
His United form has continued into his England performances and he deserved his goal today. He has developed into a versatile and crucial first team player for Manchester United and may ease his way into Southgate’s starting XI as well.
RAHEEM STERLING 7.5/10
Looked dangerous with his pace and skill today, however his lack of precision in his passing and shooting cost him his chance to score or directly effect the game. He is a crucial player for England and he ought to be playing in his preferred wing position.
MARCUS RASHFORD 8/10
He looked dangerous as well today and played well in the fluid attacking formation England set up in. He, like Sterling, will probably start the World Cup campain in a wide area, flanking Tottenham star Harry Kane when the London man returns from injury. May start against Italy as his pace and skill will be no match for the likes of Florenzi or De Sciglio. 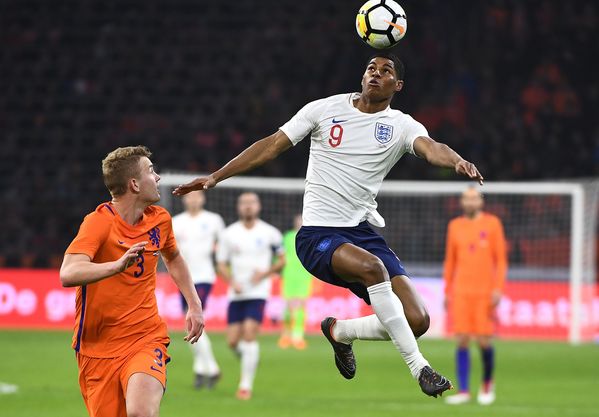 SUBS
HARRY MAGUIRE 7.5/10
Like Stones, played smartly and deserves his part in this England squad. Looked like he was suffering from a niggling injury but hopefully should return to face Italy on Tuesday.
DELE ALLI 5/10
He was very poor when he came on. Every time he had the ball he played safely or gave it to the Dutch. He made a few sloppy tackles and needs to shape up for the future games or his position in the side could be in jeopardy.

DANNY WELBECK N/A
Did not effect the game when he came on. Rarely touched the ball.
JAMIE VARDY N/A
Didn’t touch the ball.
ASHLEY YOUNG 6/10
Did well when he came on and was unfortunate to have to combine with Alli who seemed to refuse to pass to the veteran wing-back (perhaps still resenting the comments made at Old Trafford!)
ERIC DIER N/A
Did nothing wrong but not enough time to effect the game.
MAN OF THE MATCH: JOHN STONES