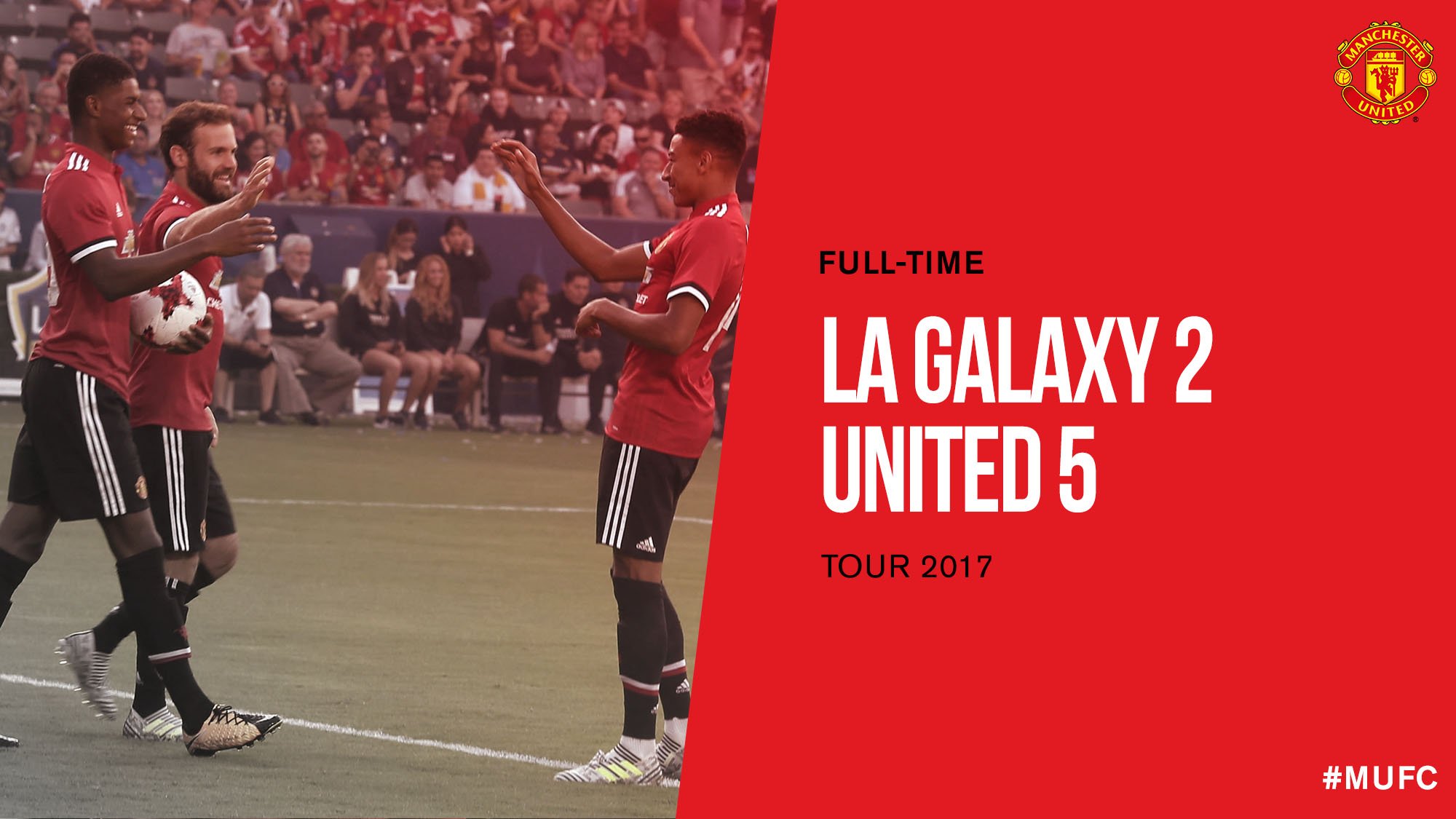 There was much anticipation coming into this game as United fans were looking forward to seeing their team back on the pitch after a painfully long summer break. This game called for a 3am start for Manchester United fans in the UK and and it’s fair to say that it was worth the early start.

Within two minutes of kick off, Marcus Rashford already had the ball in the back of the net. A good run from Lingard led to Rashford slotting the ball past the keeper.
Soon after, Rashford grabbed his second of the game. After a good interception from Ander Herrera, Mata played the ball through to Rashford who made no mistake with a great finish.
The third goal was made by Jesse Lingard who pulled the ball back for Fellaini who side-footed the ball into the back of the net. 3-0 United.
Just on the stroke of half time, Rashford was given the chance to complete his first half hat-trick. However, he was denied by Kempin. In a one on one situation like that, he should be scoring.

With Lindelof and Lukaku both making their debut for United in the second half, they were both eager to put in a good performance. Lukaku had two chances very early on to get off the mark for his new club. Unfortunately both shots ended up the wrong side of the post. Lindelof also had a chance to get on the score sheet which he wasn’t expecting and missed an open goal, shooting the ball way over the crossbar.
Our fourth goal was scored by Mkhitaryan. A pass by Martial ended with Mkhi giving the keeper the eyes and rolling the ball down the middle to get United’s fourth.
The last goal for United was scored by Anthony Martial who’s composed finish was created from a Fosu Mensah pull-back.
From then on, it was all LA Galaxy. Giovani dos Santos pulled one back for the home side with a great finish. He then scored again in the last few minutes after Romney’s header from a corner bounced off him into the back of the net.
For our debutants, this was not the start to their Manchester United career that they were hoping for. Lindelof put in a good performance and made some good tackles but was unfortunate enough to be in the defence when United conceded two goals in 45 minutes. For Lukaku, although United scored two goals while he was on the pitch, he did not have much luck in front of the goal. Although he demonstrated his extraordinary strength, he did not get the chance to show off his goal-scoring talent.
Overall, the first half Manchester United 11 can be very pleased with their solid performance. However, it’s a shame that the same can’t be said for the second half 11. Then again, after a summer break, the players are just trying to get back into their football and will improve as they play together more. I think us United fans are just happy to see our players back out there on the pitch and enjoying their football together!
Our next game is at 3am (BST) on Tuesday morning against Real Salt Lake. Manchester United are likely to play similar teams to the ones they did today but will be hoping for a better performance from some of the players. Let’s hope for lots of goals and a solid performance!