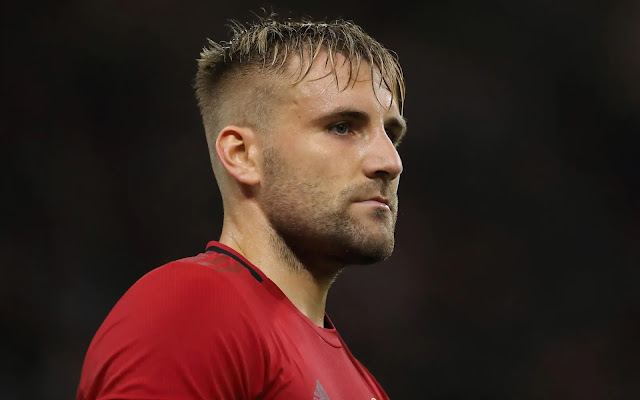 Manchester United currently have three left-backs in the first team squad, which on the surface appears to be more than enough. With a full squad overhaul in progress and a transfer window looming you would be forgiven for thinking that the gaffer’s targets are more likely to ply their trade in other areas of the field, however, if you take a closer look at the current options it becomes clear that if a top class alternative is available he should definitely be considered.

On his day Luke Shaw is a fine left-back. He covers every blade of grass, runs his socks off, can tackle, cross the ball and pops up with the odd goal. The ideal first choice candidate, right? Well, he would be if it wasn’t for his fitness issues. Since suffering a horrendous broken leg in a Champions League tie against PSV Eindhoven in 2015 Shaw has struggled with a series of injuries and what appears to be a genetic predisposition for weight gain. Each time he recovers from the latest niggle it usually takes a few weeks for him to regain match fitness, and just as he starts to look like the player we all know he can be, another muscle is pulled and it’s back to square one. In all honesty, playing two games a week at this level is just too much to ask.

What’s not to like about Brandon Williams? He’s one of the most confident teenagers I’ve ever seen in a United shirt and he clearly has the ability and attitude to make the position his own – one day. Being right-footed he doesn’t look completely at home in the left-back position, however, he has an air of a young Roger Byrne about him, in that he has a similar determination to make as much use of the natural ability he has been blessed with as is humanly possible. Going with someone so inexperienced would be a massive gamble though, and not one that a club like Manchester United need to make, so it would be far more sensible to gradually increase his game-time while working on his strength and conditioning. If his progression continues at the current rate we could be looking at a future England international.

Ashley has been a very good servant to Manchester United for a number of years, and it is clear that he commands a great deal of respect from everyone at Old Trafford. Unfortunately, as a left-back he has two issues which can not be ignored.

His age is relevant because modern full-backs cover way more ground than their counterparts from yesteryear, and they do it at full gas from the first whistle to the last. A full-back who can’t effectively track breakaway runners in his channel is a sitting duck in the Premier League and will be targeted constantly. The fact that Ashley Young is a recycled winger also poses a problem, as no amount of coaching can instill the kind of defensive instincts that players such as Wan Bissaka naturally have in abundance.

If United do decide to recruit another left-back you could well imagine that it would signal the beginning of the end of not just Ashley Young’s United career, but Luke Shaw’s as well, so Solskjær would need to be 100% certain that the player coming in will be ready for the unique challenges ahead. There are players out there who are good enough, however, they each have their potential drawbacks.

Achraf Hakimi – Tall, athletic, versatile, this 21 year old has it all, which is why Real Madrid see him as firmly part of their future plans and fully intend to bring him back to the Bernabeu when his loan deal with Borussia Dortmund expires in July 2020.

Verdict – No Real Madrid don’t part with their prize assets easily, or cheaply.

David Alaba – The vastly experienced Austrian has demonstrated over a number of years that he’s a classy operator who isn’t afraid to roll up his sleeves, and he has hinted that this season could be his last for Bayern Munich.

Verdict – Yes Alaba could be the perfect footballing role model for Brandon Williams, however,  Barcelona are interested so if United want him they’d have to move fast.

Álex Grimaldo – The promising young Spaniard looks to be on the way to securing another Portuguese league title with his current club, Benfica. Spurs and Arsenal reportedly both wanted to sign him in the summer but nothing materialised, and the latest club to throw their hat in the ring are Napoli. Wherever he does end up, they’ll have a decent player on their hands.

Verdict – No Definitely worth a punt and wouldn’t cost the earth but I just can’t see him settling in the north of England.

Ben Chilwell – It’s clear that Chilwell is a quality player who is improving with each passing season, which is why Chelsea seem determined to lure him to Stamford Bridge.

Verdict – No If the rumours are true, Chilwell to Chelsea is a done deal so not worth United’s time.

Any of these players would make a useful addition to United’s squad, but in my opinion if you’re looking for someone to slot in seamlessly and stick around for two or the seasons while Williams flourishes out of the spotlight, Alaba would be my top priority.