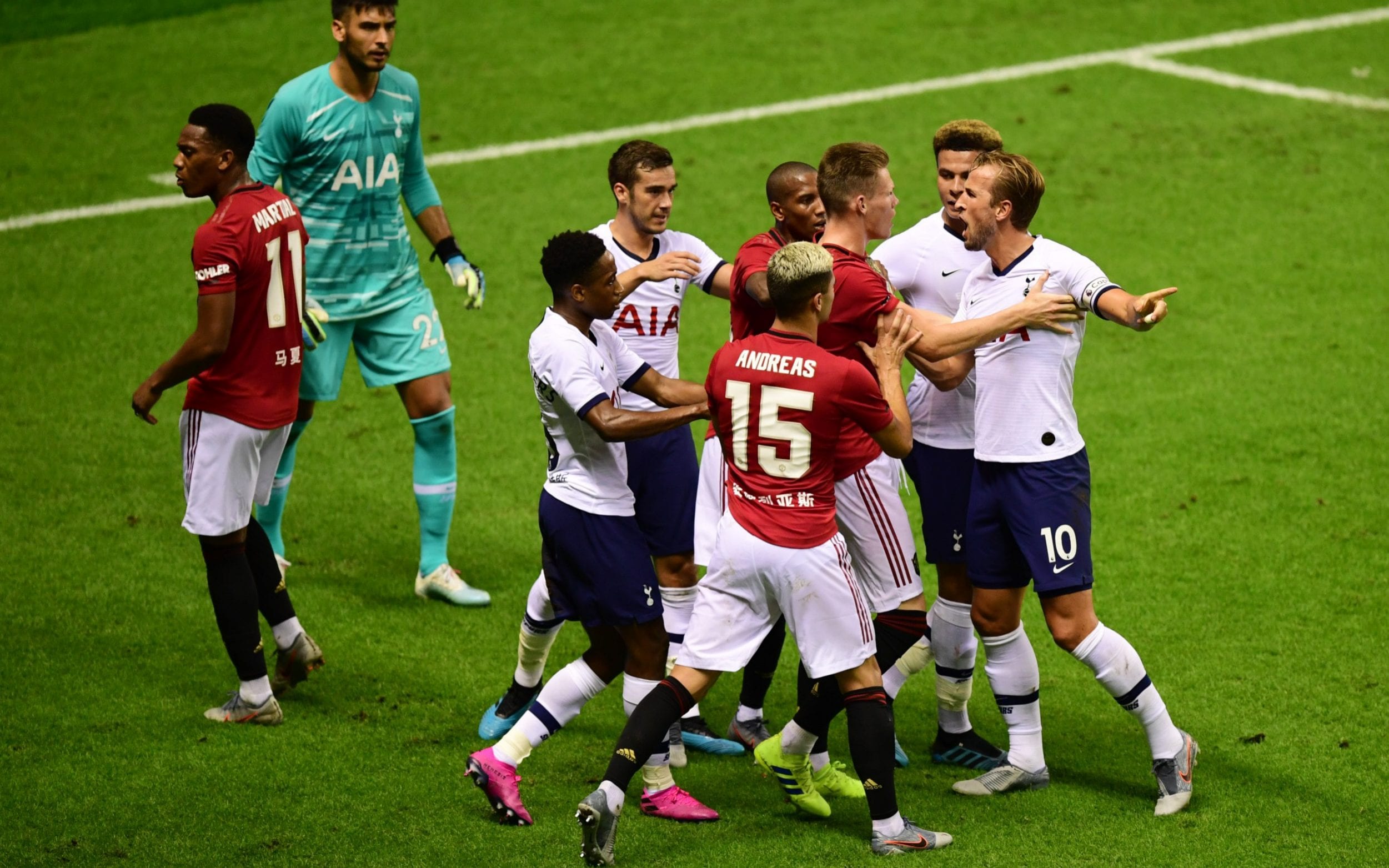 A well-earned victory for Manchester United as difficult finishes from Anthony Martial and Angel Gomes earned United their fourth win in a row on pre-season. The first half was all Manchester United and the second half was mostly dominated by a re-energised Spurs side aiming to get back into the game but United had moments of brilliance and managed to win the game. Here are the player ratings for the game:

First Half:
David de Gea – 7
Had very little to do other than a smart save to deny Dele Alli with (unsurprisingly) his foot.

Aaron Wan-Bissaka – 7
Looked lively and energetic, had very little to do defensively and so could attack more.

Chris Smalling – 6.5
Quiet game, a couple of tactical fouls but was solid.

Marcos Rojo – 6.5
A surprisingly tame game for Rojo. Solid and comfortable at the back, certainly one of his better games for United.

Ashley Young – 7
Actually quite solid. I think he prefers to be on the left and if he is to have a role in the side, it should be as the replacement left-back when Shaw is injured.

Paul Pogba – 7.5
Seems to be happy in the deeper role he has been playing in pre-season and may want to just focus on his game after such an excellent goalscoring season last year and it is clearly working!

Andreas Pereira – 8
Played as a no.10 and played excellently. Put in a series of good corners, pressed high and assisted Martial’s opener. He may have a big role to play this season, especially if Fernandes or Dybala don’t make their way to Manchester.

Mason Greenwood – 6.5
He didn’t play as well as he did the last couple of matches but was still lively and playing well in the fluid front three.

Daniel James – 7
Gave Spurs’ right hand side a lot of trouble and although he still waits for his first goal for the club, it looks like it will come soon.

Anthony Martial – 8.5
He looks ready to go for the new season and seems to really thrive in the fluid front three so far. An excellent finish from a tight angle too and unlucky with another effort.

Second Half:
Sergio Romero – 6.5
Solid, not much he could have done about the goal and had not much else to do.

Diogo Dalot – 6.5
Got caught out a few times by Son but overall had a decent game.

Eric Bailly – n/a
Disappointing to see him injured again. We need Maguire as I don’t want to see Jones or Rojo playing a lot of/any football this season.

Victor Lindelof – 7
Composed as usual. Had a few problems at the start of the half but grew into the game.

Nemanja Matic – 5
Sluggish on the ball and slow to close Moura down for the goal. Seems like he knows he has been replaced by McTominay

Fred – 7
Revitalised – looked energetic and lively in attacking play and did his defensive duty when called upon.

Jesse Lingard – 7.5
One of his better games this pre-season and almost dribbled past the whole of the Spurs team at one point.

Juan Mata – 7.5
Linked up well with Gomes for the goal. As he played on the right wing, it seems undeniably clear that United need another right winger before the season starts.

Angel Gomes – 8
Exciting performance and a superb goal to top it off. Hope he has an important role this season.

Marcus Rashford – 7
Lively like the rest but no final product. Linked up well with the other attackers.