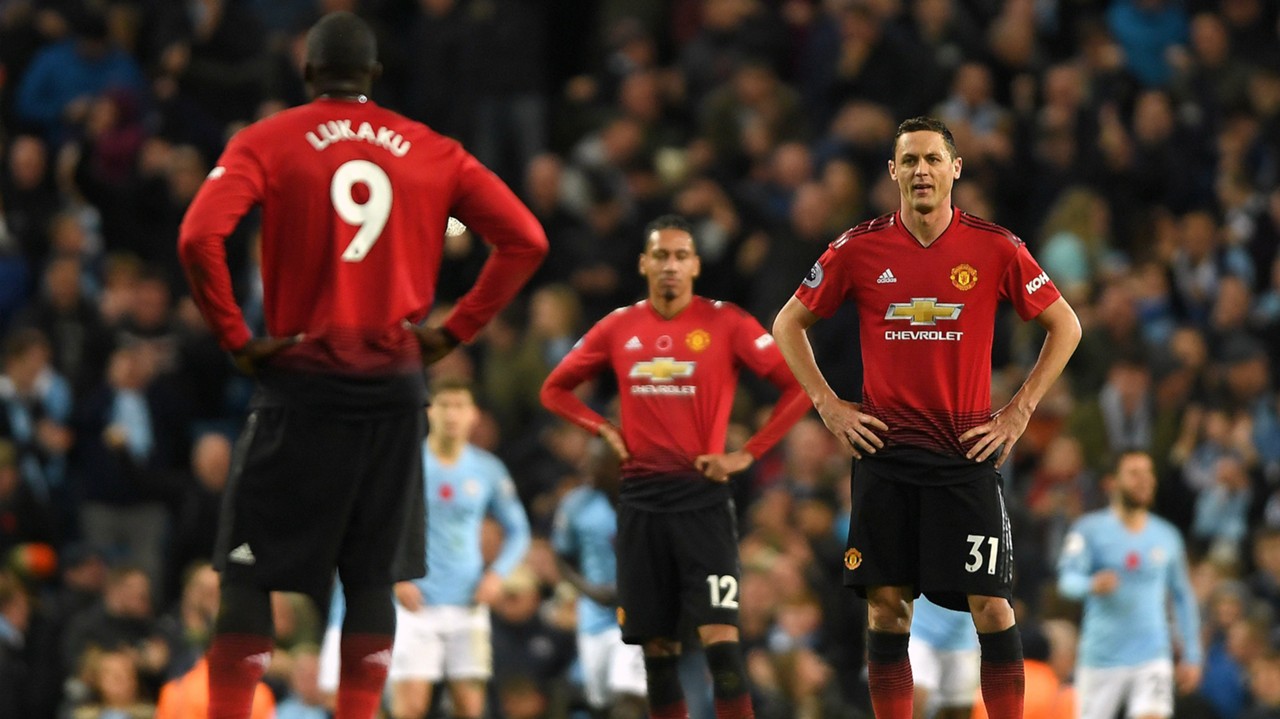 As I write this, I am having a very nasty headache. This is going to be a quiet period as we head to the international break. Normally after such a loss we need an immediate match to iron out our mistakes.
Well looking at it positively, the upcoming international break is an opportunity to heal from this loss. Hopefully Pogba can recover from his injury. It’s time for players like Lukaku to rediscover their goal scoring form.
Now lets dive into the game. In all honesty, United posed a very little threat to the Man City side. They clearly dominated us and this is absurd. In my analysis of the Juventus Vs Utd game,  I mentioned that Utd needed to try as much as possible not to concede. This looked far from reality as we swallowed 3 goals, all from mistakes that could have been avoided.
Jose Mourinho, who was managing his 300th Premier League match, had a blow in the form of a Paul Pogba injury and United sorely missed his presence in midfield, with Pep Guardiola’s men claiming victory without hitting top gear.
Anthony Martial continued his fine form and I am really happy for him. He took the responsibility of the penalty, calmly scoring to hand United a lifeline. Manchester City didn’t look in danger and Gundogan wrapped things up late on.
The loss leaves us languishing in the 8th position, 12 points behind leaders Man City and with -1 goal difference. Bad news!
What Next
Matic needs to up his game or else lose his place. I am somehow optimistic that the international break will sharpen people like him. Rashford and Lingard also need to rediscover top form and start giving defences problems.
With an upcoming run of seemingly simple games, lets kill them off. I hope to see players like Rojo, Jones, Bailly, Fred, Pereira among others fight for their places. It wouldn’t hurt if we got an academician to join the senior team.
We need to work to avoid conceding goals. What we have conceded so far is too embarrassing.
Anthony Martial is arguably our player of the month for November. With this, I hope to see an addition of a central defender, deep six and an attacker in January.
Anyway, I am still optimistic of a Top 4 placement by my birthday. Lets heal from this loss and pathetic display and hope for the best.