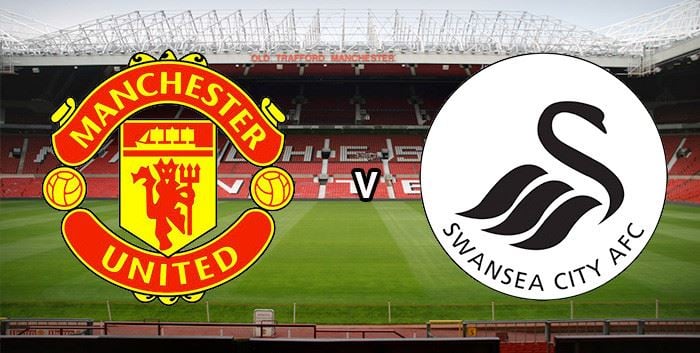 It is the eve of our Premier League clash against Swansea at Old Trafford. On paper, it seems like a nice, easy routine win, but i’m not so sure it will be. Fans thought the same with Sevilla in the second leg of our Champions League game, and look at how that turned out.

The popular opinion is that we will score multiple goals, and keep a clean sheet. While that is very possible, i am unsure of whether that will be the case. As this Swansea team will not be a pushover. They have only lost two of their last fifteen matches in all competitions. That statistic speaks for itself.

Even though they haven’t won away from home in 2018, they have drawn six of their last seven on the road. This shows you that teams playing against them at home lately, have had a tough time getting the three points against them.

Add that to the fact that they have already beaten Arsenal and Liverpool this year. Which suggests that Swansea tend to raise their game against the big sides, and they’re not scared to do it.

Also note, that with thirty-one points, they are only three points from the relegation zone. Therefore, their Premier League survival is definitely not guaranteed yet, which is why they will surely put up a fight.

Since we have a very good home record. Only losing two of our last forty-two matches at Old Trafford. And with Swansea drawing six of their last seven matches on the road, it is likely to be a close one.

Manchester United
· Paul Pogba contributed with a goal and an assist for France on Tuesday, so he should play against Swansea. However, with reports saying that he’s out-of-favour with Mourinho, we will see whether that will affect his chances of playing on Saturday.
· There is good news regarding Rojo as he is now back at full fitness, after playing for Argentina in midweek.
· Unfortunately for Romero and McTominay, they picked up knocks during their Internationals, and will most likely not feature against Swansea.
· Herrera is fit and ready for selection, which bodes well for our midfield options heading into Saturday’s game, but Blind and Jones will not feature as they’re still sidelined.
· Even though Young appeared to hurt his knee during the end of England’s 1-1 draw against Italy on Tuesday, he is expected to shake it off and should start against Swansea.

Swansea
· Jordan Ayew serves his second, of a three-match ban against Manchester United. He will join Bony, Fer, and Rangel on the sidelines. Renato Sanches is fit, but will most probably miss out.