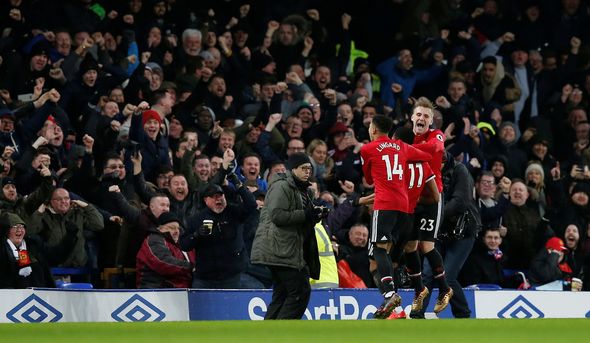 A tight game overall at Goodison Park but two stunning goals from Anthony Martial and Jesse Lingard became the difference between the two teams. Everton, whilst playing good football at times, never really harmed David de Gea’s goal. The Red Devils are back to winning ways and for now are above Chelsea on 47 points and able to make the deficit between Manchester City to a maximum of 15 points.
DAVID DE GEA 6/10
Had no real trouble in the United goal, a couple of careless goal kicks could have led to chances for Everton but nothing happened from them.
VICTOR LINDELOF 7/10
Played much better as a right back, he was sometimes caught out by Bolasie’s pace but overall played very well.
PHIL JONES 7.5/10 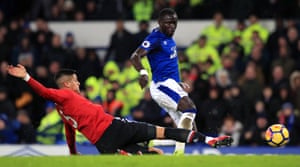 Played well again today and is looking like the most consistent defender United have. Hopefully he will stay fit for the remainder of the season as he will be crucial for the big games in the weeks to come.
MARCOS ROJO 8/10
His best performance since the away game at CSKA. He was strong and dominant in the air, bullying Niasse in the box and is hopefully back to his best form.
LUKE SHAW 7.5/10
He seems to be back to his best form as well, looking very dangerous offensively and solid defensively but has to work harder in tracking back as over the last few games he was jogging back when caught out.
NEMANJA MATIC 7/10
Did not do anything wrong today, dictated play well and was calm and composed in the midfield
ANDER HERRERA 6/10
Had a few shots but came to nothing. His passing was off at times but played better than he has done in recent weeks.
PAUL POGBA 9/10
He looks back to his best form and played very well yesterday. His distribution was much better and he created a lot of chances. He set up Martial and Lingard for their stunners and although it seemed he was playing as a no.10 but seemed to be playing more on the left of a midfield three much like he used to be for Juventus and that might be the key for his best form.

JUAN MATA 7.5/10
Had a couple of efforts which Pickford saved and another which swerved past the England keeper and smacked the post. Looked back to his best but will be hoping to start against Derby.
JESSE LINGARD 8/10
Played very well and is starting to influence games even more and a lovely goal to cap off a classy and mature performance. As Mourinho said he is making the ‘jump’ from young star to one of the first names on the teamsheet. Like Phil Jones he will hope to be fit and in form for as much of the season as possible as he will hopefully be on the plane to Russia in the summer.
ANTHONY MARTIAL 8/10 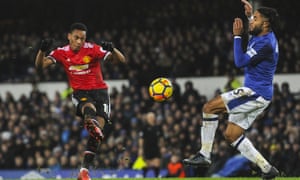 Another good performace from the Frenchman. He was preferred to Marcus Rashford for this game with Lukaku and Ibra both injured and so this was his big game to prove his worth for the team and did so with a lovely curled effort.
SUBS
MARCUS RASHFORD 6/10
Did not do much after coming on and will need to improve to get back in the squad. He is a little out of form but will bounce back soon
DALEY BLIND N/A
Don’t recall him doing anything or getting a touch of the ball, he will certainly be sold in January or let go in the summer
AXEL TUANZEBE N/A
Did not have enough time to do anything of note but will hope to get more first team chances as he improves
MAN OF THE MATCH: PAUL POGBA