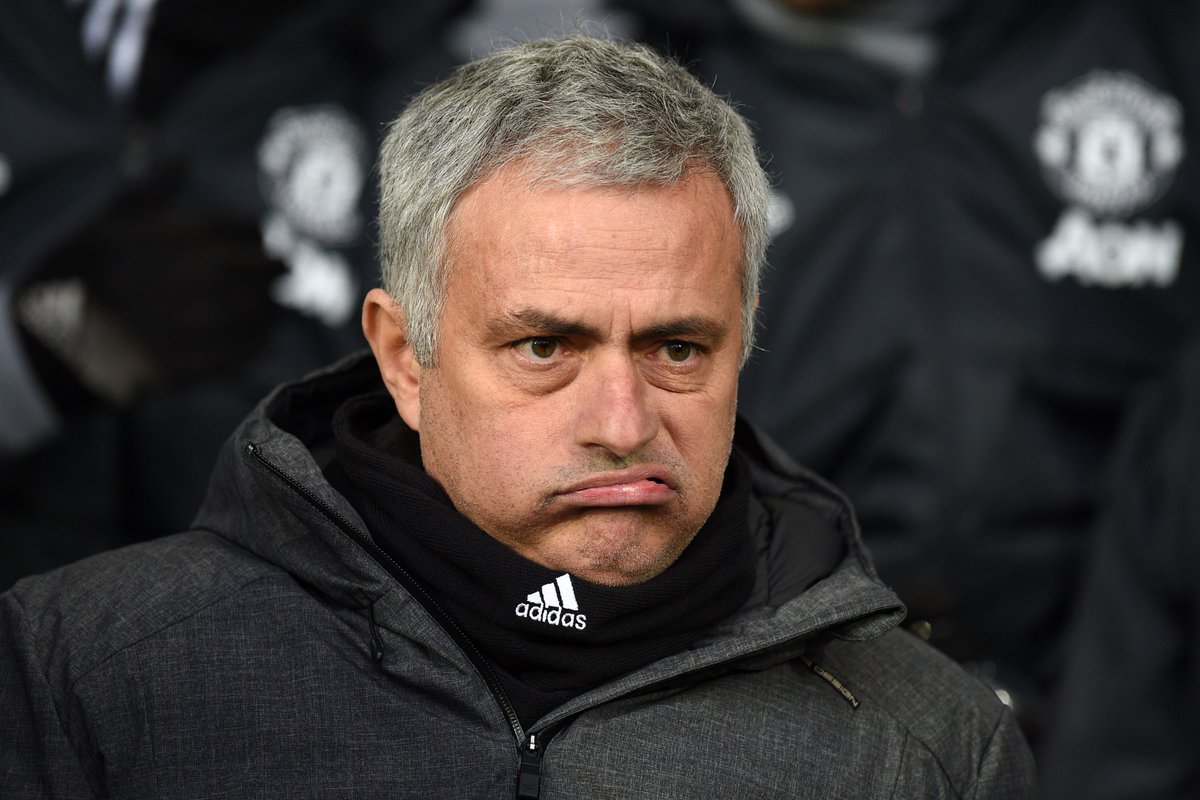 The picture says it all really
Another stomach-wrenching performance to watch as Manchester United end the first half of the Premier League season second on 42 points and an almost unbelievable thirteen points behind their rivals Manchester City on 55 points. Manchester United made eight changes to the side that lost to Bristol with Lindelof, Martial and Pogba the only survivors. With Valencia out injured, Victor Lindelof acted as a proxy right-back with Darmian clearly unable to be trusted by the Portugese manager.
After a shock defeat to Bristol City on Wednesday, Jose Mourinho would have expected his team to bounce back to winning ways and with the return of Paul Pogba to the side after his suspension, United fans would expect a good performance. The Red Devils started well and created chances early in the game and Lingard could have scored early. Mahrez, Gray and Vardy look very dangerous since Puel has come in and challenged the United defence from the off. Just before the half-hour mark, Mahrez slipped the ball into Vardy who cooly finished past David de Gea to ruin his clean sheet and more importantly, gave Leicester the lead. Manchester United responded very well and Juan Mata and Paul Pogba looked influential in the heart of midfield and with five minutes to go, the Spaniard slipped the ball to Martial who’s deflected cross hit Lingard who set up Mata to score his 71st Premier League goal and equalise for Manchester United.
The second half started the same way it ended, with Manchester United dominating the play and as Gary Neville said, looking dangerous every time they have possession on the counter and with Leicester just as attacking, the game was becoming end to end. This could not have been more clear within the first ten minutes of the second half when a cross from Mahrez was missed by Gray and Fuchs’ shot was blocked off the line by Lindelof – who himself was playing fantastically. On the counter from the latest Leicester attack, Lukaku fed a delightful ball into Martial who from around 12 yards out lacked any composure whatsoever and blazed his effort over the bar. The Frenchman kept pressing for redemption and after being blocked by Fuchs and Maguire, he won United a freekick just outside the area. Once again Young and Mata looked over the ball and this time the little playmaker curled the ball past Schmeichel to give United the lead.

There were several chances to win the game comfortably with Jesse Lingard fed into the box by Lukaku and after rounding Schmeichel had the whole goal gaping but could only strike the post with his stronger foot and leave fans and players stunned. Things looked even more positive when, after Marcus Rashford was subbed on, he was brought down by Daniel Amartey and the Foxes’ player was send off despite playing only 17 minutes of game-time (after subbing on for the injured Danny Simpson). Herrera and Mkhitaryan both entered the fray and the Armenian was looking much more lively than before but really should have finished the game off when given the ball roughly eight yards out but again overplayed the ball and the chance was lost. Eventually, with Chris Smalling struggling with an injury and, to the dismay of Jose Mourinho, treated on the pitch and having to come off, was at fault for the dramatic equaliser in which Maguire, completely unmarked, cooly finished past David de Gea to save a point for the home side. Overall, a better performance from Manchester United as they created chances and looked dangerous but the lack of clinical finishing proved theirn downfall and could easily have been out of sight even before Amartey was sent off and even further so after! Lindelof and Jones looked very strong in defence and Pogba’s return increased Lukaku’s impact on the game as well. It’s just one of those weeks for United and with a Boxing Day fixture against Burnley coming up, the finishing ability must improve.