An interesting game to watch with Pogba, Martial and Mata returning to the lineup and playing along side Rashford and Lukaku looked to be a dangerous force to reckon with. Unfortunatley the game got off to an atrocious start with Newcastle capitalising on a lack of communication between Ashley Young and Chris Smalling through DeAndre Yedlin surging forward and forcing another mistake from Victor Lindelof who slipped at the wrong time and allowed Dwight Gayle to coolly finish past De Gea. Paul Pogba was the star of the first half though, returning to the starting team after 2 months out, distributing the ball fantastically to the wide areas and sauntering forward to create the leveller for Anthony Martial to score his seventh of the season in all competitions. From this point on, the Red Devils looked like the team that started the season and Ashley Young turning creator this time, curling a wonderful ball to the back post and Chris Smalling nodding in the goal to take Jose Mourinho’s side into the lead at the end of the half. 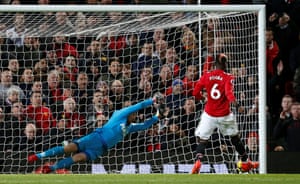 The second half started much more in favour of the home side with far more dynamism in United’s play and further extended their lead with Lukaku’s cross cushioned by Rashford and hit home by the star man, Paul Pogba to return in some style. United’s fortune increased immediately after Pogba was replaced by Fellaini with Mata and Lukaku linking up and finally, FINALLY, Lukaku ended his goal drought by rifling his shot past Robb Elliot and scoring his eigth Premier League goal for Manchester United.
One of the highlights for United fans across the globe was to see Zlatan Ibrahimovic back in action and linking up well with the new squad and almost scoring a delightful scissor kick to cap his second debut. Overall a fantastic performance and great character to come back from 1-0 down and to make it a near-perfect night for the Red Devils.
MATCH RATINGS:
DAVID DE GEA 7/10
Slightly lackadaisical in his distribution but made two great saves and held Jonjo Shelvey’s thunderous effort very well. Nothing he could do about the goal.
ANTONIO VALENCIA 7.5/10
Motoring forward at every opportunity, looked strong defensively and offensively as usual.
VICTOR LINDELOF 6.5/10
One slip is all it takes but apart from that, a solid game for the Swedish defender, good with the ball and strong in the air
CHRIS SMALLING 7.5/10
Looked strong despite the mistake leading to the goal and made up for it with his header just before half time.
ASHLEY YOUNG 7.5/10
Looked much stronger then against Chelsea and put in some fabulous crosses and got another assist for the season to set up Smalling
NEMANJA MATIC 7/10
Looked strong and composed with his partner-in-crime Paul Pogba with good passing and strong runs
PAUL POGBA 9/10
World class performance today. Absolutely oustanding passing and distribution this match and contributed with a goal and an assist through his powerful runs forward.
ANTHONY MARTIAL 8/10
Stunning at times, put in some fantastic crosses and ran through the Newcastle defence at points. Showed his physicality to nod in the leveller and looked much better than last season
JUAN MATA 7/10
Looked absent in the first half but got on the ball more in the second. Much better than Mkhitaryan these last few weeks. Will be looking to start again
MARCUS RASHFORD 7/10
Looked lively, fantastic cushioned header for Pogba but would’ve wanted to score and end his six-game drought for club and country
ROMELU LUKAKU 8/10
Looked much more lively and ended his drought in style. Great hold up play and overall performance was great
SUBS:
MAROUANE FELLAINI 7/10
Unlucky not to score and did what he has been doing all season long and looking much fitter
ZLATAN IBRAHIMOVIC 7/10
Creative and imposing as soon as he came on, almost scored a superb scissor kick and recieved a fantastic ovation immediately after entering the pitch
ANDER HERRERA 6/10
Controlled the tempo of the match, almost assisted Fellaini and looked like he is returning to last season’s form.
MAN OF THE MATCH: PAUL POGBA