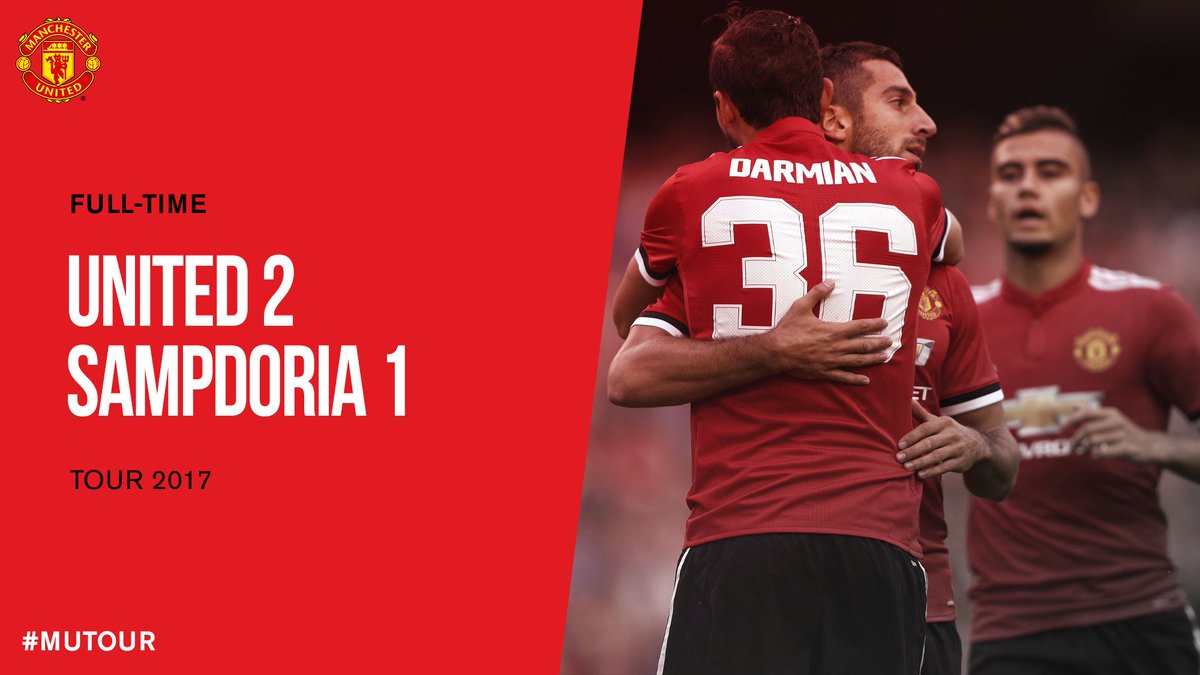 In our final pre season game before the Super Cup Final, Manchester United face Sampdoria in Dublin. All of the talk surrounding the game was about Matic making his debut for United. He made it into the starting line up and put in a very convincing performance while he was on the pitch.

A slow start to the game was flipped on its head after a poorly directed Blind backpass gave De Gea no choice but to handle the ball. An indirect free kick at the edge of the 6 yard box was scrambled away by United. A swift counter attack from Valencia led to Darmian whipping in a beautiful ball to Mkhitaryan in the box who headed United into a 1-0 lead.

Unfortunately, Mkhitaryan’s goal was cancelled out in the 63rd minute. Praet swept home from the edge of the area to level the score line.

After a series of changes by Mourinho, Juan Mata put us back ahead in the 81st minute. Some great footwork on the left from Anthony Martial ended with Mata putting the ball in the back of the net with a first time finish. Towards the end of the game a few more chances fell our way but Herrera and Rashford’s shots were well saved. The game finished 2-1 to United.

So that’s the pre season fixtures finished now. 6 wins out of 7 games is a good record but the most important thing is the players regaining fitness and working well together ahead of the new season. Our three new signings have had a chance to play with their new teammates and they’ve all settled in well. The aim is to hit the ground running in the Premier League and win our first few games.

Before we look to the Premier League, we have the all-important fixture against Real Madrid in the Super Cup Final on the 8th of August. This will be our first competitive fixture of the season and what better way to start a new season than with a trophy and a win over the reigning champions of Europe. After beating them in penalties in the International Champions Cup, they will be more determined than ever to snatch a trophy from us. Hopefully the Red Devils can do enough and add to our trophy cabinet.